New Album Up For Pre-Order

New Album Up For Pre-Order

Hi everyone. My new album "Cielito Lindo" is available for pre-order. It will be released at the Reykjavik Jazz Festival on August 14th, but if you reserve your copy now you can download three tracks today.

And when the album is released your copy will be shipped and/or you will get an email prompting you to download the rest of the tracks (plus two bonus "spins").

Although we recorded this in early June, the album was actually a long time in the works. We have been accumulating material for a while and in fact one of Scott's tunes "All Agaze" dates back to 1997 which he wrote on my old baby grand while visiting Iceland. We also had difficulty finding a place to record as the room where we recorded "Distilled" was being worked on. We went back to Salurinn in Kópavogur which is a beautiful concert hall with an incredible Bosendorfer. That's where we recorded "Long Pair Bond."

All three of us (Toggi, Scott and myself) contributed compositions and we also recorded works by George Gershwin, Tom Waits and the title track is a Mexican folk song which I fell in love with the first time I heard Marta Gomez sing it. We also carry on our tradition of "spins" (brief free improvisations) which serve as interludes between the songs.

I'm looking forward to releasing it to the world and performing the material at the Reykjavik Jazz Festival on August 14th. So if you can't make it to Iceland this time, let me send a little bit of Iceland your way. 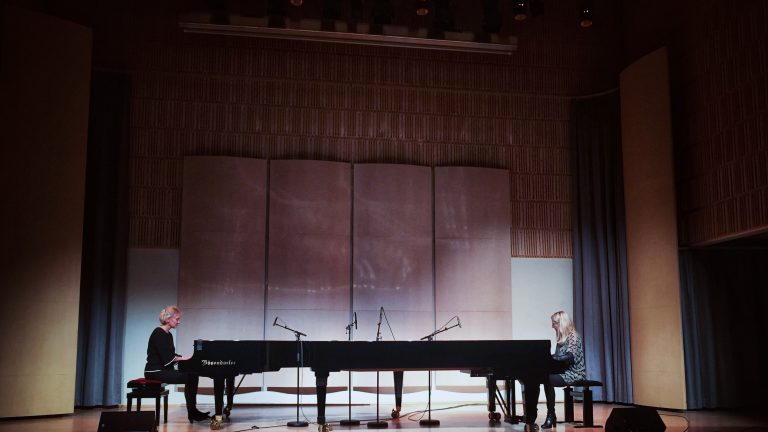 Together Again! Duo with Julia Hülsmann